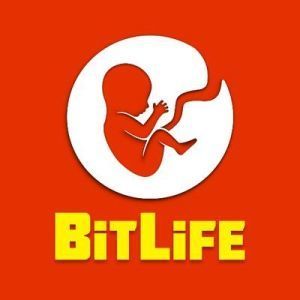 I’ve compiled a top 10 list of the most dangerous apps for kids.

Bitlife is a simulation game. A user is assigned an identity or avatar. Their characters age from infancy to death. Throughout their life or process, users can choose how their avatars live, support themselves, spend their time and forge relationships. As a result, their characters attain various levels of happiness, health, knowledge, and appearance.

PARENT ALERT: Player has option to “hook up” with other characters, drink, use drugs, gamble, and even commit crimes.

Amino allows users to participate in online communities that are organized by similar interests. For instance, there may be a group that likes skateboarding, or politics, The Avengers, or The Office.

PARENT ALERT: Some groups can be very inappropriate for young viewers. For instance, I saw one that was entitled “Sexy Role Playing.” The app includes a chatting, messaging, and picture sharing feature.  I was in the app only about 5 minutes and repeatedly heard the “f” word.

ADDITIONAL ALERT: While in the app store accessing Amino, I scrolled down the screen from the Amino download page and found additional Amino apps that are inappropriate for kids including Role Playing Amino, LGBT Amino, Bisexual Amino, and Horror Amino.

The app store says this about Amino: “Explore your interests, tell your story, and find your people.” For many teen users, Amino is a fun experience for meeting people and finding similar interests. However, the potential for exposure to anger, sex, vulgar talk, and more makes Amino extremely lethal and should be off-limits to kids.

Hola is all about connecting with people you do not know. Users begin by inputting a phone number or with their Facebook account logins. User then chooses chat and video chat participation with a either a male, female or both. Then user is matched with a stranger. A user can also scroll to choose people with whom they want to talk. User may also use location tracking to find people on the app who are nearby.

PARENT ALERT: A stranger can connect with users and request a meet-up. Our research has shown that both nudity and violence are common on Hola.

ADDITIONAL ALERT: This app is not free! If you see a charge on your iTunes account for $8.99/month, it just might be for Hola. Hola charges for these calls and once you verify the first month’s charges, it auto-renews in your iTunes purchases each month.

This app has more than 3.5 million users. Users can sign up anonymously. This is a comparison and rating app. Users upload a picture to be rated by others and the hope is that they are then rated “hot” rather than “not.” Isn’t this crazy! User can chat with someone who rates them and, if they so choose, meet in person.

PARENT ALERT: Users can input any age they want to get access. Users upload pics in hopes of receiving complimentary comments. However, this also places them at risk at receiving negative comments & bullying.

ADDITIONAL ALERT: Also, be warned – this one isn’t free either!

Kik, spelled K-I-K, is a messaging app that allows users to connect with others using only a username. A user can text photos, drawings, or pre-designed greeting cards to individuals or groups.

PARENT ALERT: Because there is no age verification, it’s been reported that Kik is popular with sexual predators. And sadly, Kik has also been used for cyberbullying.

ADDITIONAL ALERT: I met a girl while speaking in Florida last year whose cousin committed suicide. Sadly, it was reported that this teen girl had been bullied via the Kik app.

IMVU is a social networking app intended for users over 17 that lets users create 3D alter-egos and use them to communicate online. Female avatars are busty and sexy by default, customizable clothing for them is sexy and extremely revealing, and contains very crude sayings. The in-app store encourages users to buy clothes and accessories for their avatars with in-app currency, and users’ feeds contain banner ads for real-world clothing lines and other products. This is most likely where the creators are making their money from these in-app purchases.

PARENT ALERT: IMVU is extremely sexual! The avatars’ appearance is highly sexualized, and avatars can have virtual sex. A user can actually perform virtual sex on another avatar.

ADDITIONAL ALERT: From the app, users are encouraged to access the website service which offers chat rooms. This, you can imagine the potential danger awaiting a young user accessing a chat room where they can meet other users in an extremely sexualized environment.

PARENT ALERT: Because there is no screening, inappropriate content is not filtered. And, just like at a real party, users can connect with people they’ve never met and potentially be lured into a private chat room.

Not all of the apps on our list are about partying and sex. This one is about homework. Have you heard of this app? Your teen probably has. This app helps your kids cheat!

PARENT ALERT: The app pulls answers from the Internet when a student post their homework questions. This app can be useful for gathering information. However, the word on the cyber street is that this app allows students to get answers to their homework rather than working through their homework to get to the right answer.

Ask.fm was first popularized in Europe and has now become well known in the United States. Ask.fm is a question-and-answer format app. It allows users to ask anonymous questions such as, “Do you think I am pretty? Or, “Would you ask someone like me out on a date?”

PARENT ALERT: This app has been linked to some of the worst cases of cyber bullying. When a user asks a question, this often invites the haters to come out in droves as they post mean responses. It’s been reported that the app has loose regulations and an overall lack of monitoring the content of the app which increases the danger.

ADDITIONAL ALERT: There is no way to know who is following you or who might post a response to your question.

Snapchat is the most popular app for this generation.  As of the fourth quarter of 2018, there were 186 million daily users of Snapchat. Users must be 13. However, there is no age verification, so it’s easy for kids under 13 to sign up.

PARENT ALERT: Snapchat holds the #1 spot of the most dangerous apps for your kids because of the myth that snaps disappear. If a user sets a time-limit on the snap, the snap will disappear after it’s viewed. However, the image isn’t gone forever. Snapchat tells us that the image is still in the admin of the account and, with a few steps, can be accessed, viewed, and distributed. Here’s another danger – a recipient of a snap can simply take a screenshot of the image (which often happens) using their phone or a third-party screen-capture app.

BONUS: A few more apps that could have easily made the top ten list.

Formerly called Yellow. Similar to the Tinder app, this is a free app allowing users to connect, which is called “flirt,” with others in their local area. There is no age verification to use the app. Yubo links with Snapchat and Instagram allowing strangers complete access to your kids.

This is a live streaming app. Users create content and broadcast to viewers that do not need to register any personal info or provide age verification to access the content. Anyone who has an account can access your child’s live stream and your child has access to others’ live streams. These live streams often contain nudity and offensive language and behavior.

This is a dieting app that allows users to track their fasting activity. Some users of Vora admit to struggle with eating disorders. The app has a social media feature that connects the user with other fasters by creating profiles.

These are fake accounts on Instagram (and other social platforms). Students often create finstas in an attempt to conceal their real social accounts from a parent.

These apps allow a user to hide messages, pictures, etc. The app icon has the appearance of a calculator, clock, or a photo album. The names of a few of these apps: Private Photo, Secret Calculator, Secret Photo Album.

Remember, just because an app is popular doesn’t mean it’s safe. This is why you have to stay on top of this stuff parents. You need to regularly peruse your son or daughter’s phone, while they are with you. Look through their apps. View their posts. Check out their streaks. Keep talking. And, never get comfortable.

Subscribe to receive email updates with the latest news.